"Regis is currently actively managing the process of selling into the lowest price hedges. Currently at a rate of approximately 10koz per
quarter – assuming a spot of A$2,410/oz this results in less than a 5% drop in average price realised compared with the spot"

Regis Resources Managing Director, Jim Beyer, said: “Regis achieved another solid quarter of production and cash generation and its strong performance to date in FY20 saw it return another $40.7 million in dividends to its shareholders.

We are currently well placed for the June quarter and not withstanding any further impacts from COVID-19, remain on track to deliver our production guidance for the year of 340,000 to 370,000 ounces with our AISC expected to be at the upper end of the guidance range of $1,125 to $1,195 per ounce after excluding the impact of higher gold prices on royalty costs.

I am very pleased to see the good progress with our McPhillamys Gold Project and also at the Rosemont Underground Project where we are commencing stope production. Our potential Garden Well Underground Project is also proceeding through to completion of a PFS.

Overall Regis remains in a strong position to weather the COVID-19 related uncertain economic environment. This is due in no small part to the hard work and effort of our staff, contractors and our families to help manage this challenging time. To all of these people I would like to take this opportunity to say thank you on behalf of the Regis Board and management.”

29-Apr-2020:  The following was part of the Quarterly Report that Regis (RRL) released today (the bulk of which I've included in a different straw):

The Regis response to COVID-19 was initiated during February and has included establishment of a Crisis Management Team to coordinate and implement the Company’s COVID-19 Response Plan to the pandemic.

The wellbeing of our employees, contractors and local communities remains Regis’ priority. Accordingly, the Company has implemented a range of measures across its business consistent with advice from State and Federal health authorities. These measures help ensure the health and welfare of our employees and their respective communities and includes the following:

To date there have been no confirmed cases of COVID-19 across the business. To assist communities in WA to deal with the ongoing impacts of COVID-19, Regis has joined with fellow resource companies in providing financial support to the WA Royal Flying Doctor Service, Foodbank WA and Lifeline WA through the Chamber of Minerals and Energy Community Support Fund. These donations are providing essential supplies, medical and mental health support to vulnerable communities.

Regulatory and guidance changes remain dynamic, but at this time the increased restrictions are not expected to have any material impacts on the Company. Regis continues to have regular and frequent communications with mining industry representative bodies and Government about actual and potential changes to requirements and is responding accordingly.

Click HERE for the rest of that quarterly report.

Also:  Half Yearly Report and Accounts

RRL is up over 6% (so far) today on the back of this positive result:

Regis Managing Director, Mr Jim Beyer commented: “Regis has produced another strong performance, recording a record half-year profit after tax of $93.4 million and operating cash flows of $147.2 million. This outcome again demonstrates the reliability and quality of the operations at Duketon.

We continue to deliver solid cash flow with robust net profit margins of 25% which has allowed the Company to undertake a period of significant capital investment towards the development of the Rosemont underground and new satellite deposits at Dogbolter-Coopers, Baneygo and Petra.

The Company’s solid performance has meant that in addition to investing in our future, we can continue to provide returns to our shareholders with a declared dividend of 8 cents per share which is a very pleasing result.”

*Gold sold from preproduction assets not included in revenue.

Disclosure:  I don't currently hold any RRL, but I have in the past.  My current gold exposure is via NST, EVN, SAR & SBM, plus a much smaller position in PNR.  I also hold shares in some companies that produce gold as a byproduct of other production, such as SFR (whose main game is copper).  There's nothing wrong with Regis (RRL), it's just not one I currently hold.  However, they're always on my watchlist.  This was a good report, and the market has responded positively to it. 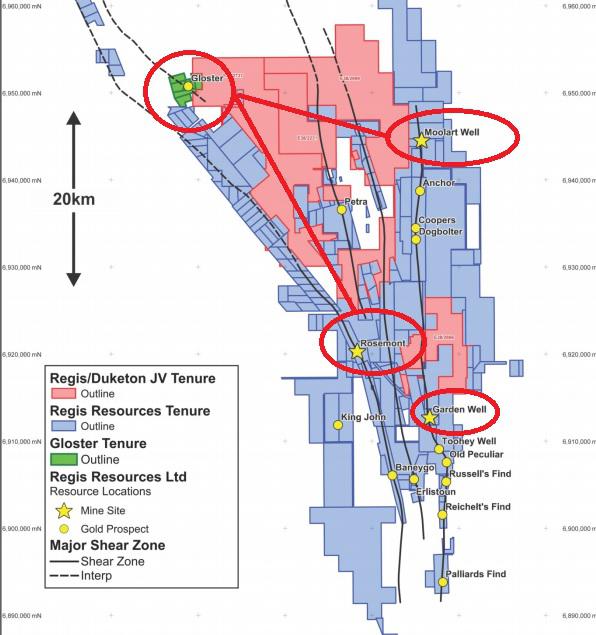 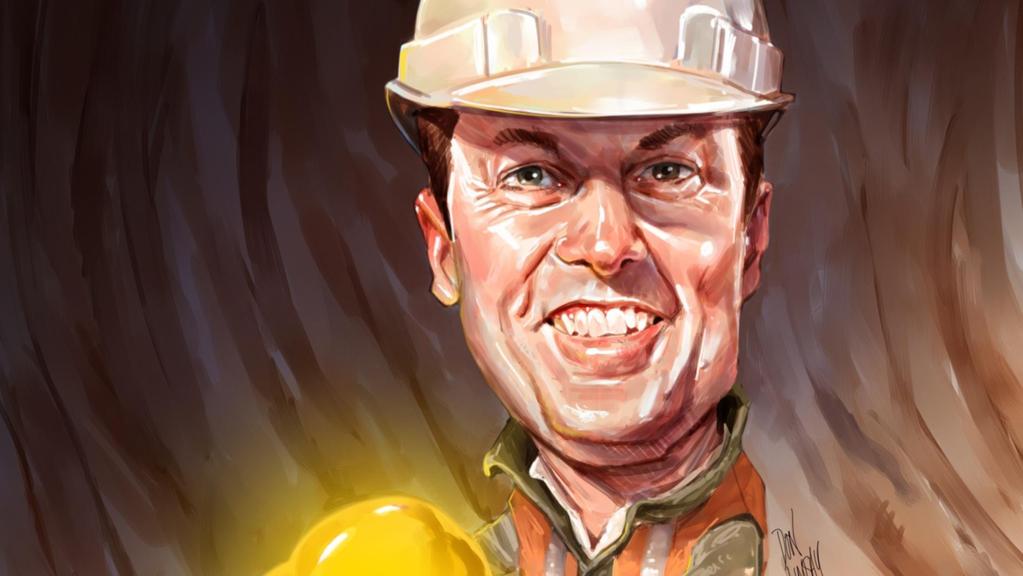